September 22, 2021
Hiker on steep roof ladder connected to the top of a rocky cliff

August update to the Q2 2021 Viewpoints

Anatomy of a Supply Shock

Tactical Asset Allocation – As of August 2021 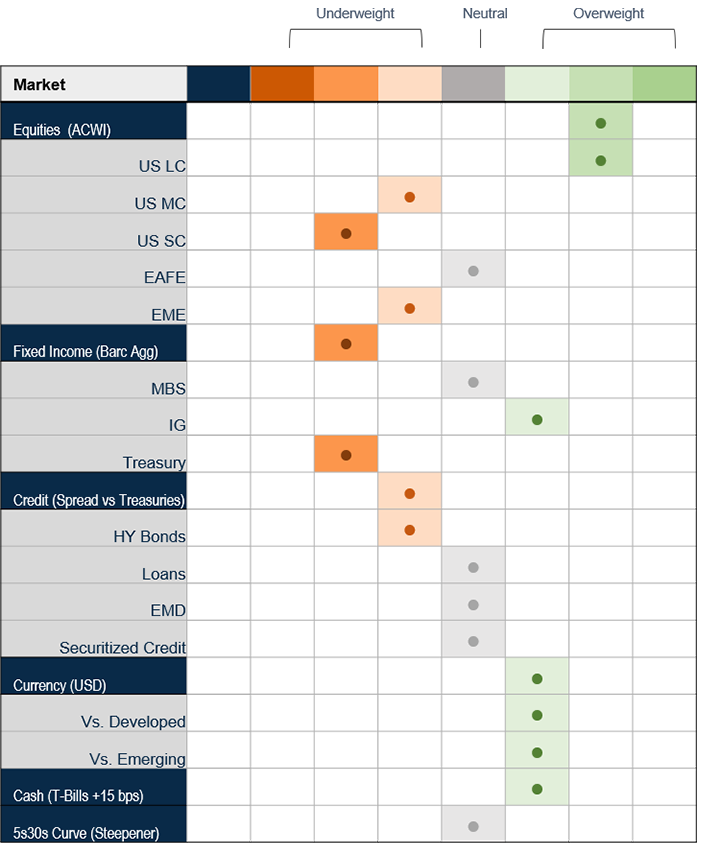 The views expressed herein are those of the Harbor Multi Asset Solutions Team at the time the comments were made. They may not be reflective of their current opinions, are subject to change without prior notice, and should not be considered investment advice. These views are not necessarily those of the Harbor Investment Team and should not be construed as such. The information provided is for informational purposes only.

Past performance is no guarantee of future results.

The information shown relates to the past. Past performance is not a guide to the future. The value of an investment can go down as well as up. Investing involves risks including loss of principal.

All investments are subject to market risk, including the possible loss of principal. Stock prices can fall because of weakness in the broad market, a particular industry, or specific holdings. Bonds may decline in response to rising interest rates, a credit rating downgrade or failure of the issue to make timely payments of interest or principal. International investments can be riskier than U.S. investments due to the adverse affects of currency exchange rates, differences in market structure and liquidity, as well as specific country, regional, and economic developments. These risks are generally greater for investments in emerging markets.

Fixed income securities fluctuate in price in response to various factors, including changes in interest rates, changes in market conditions and issuer-specific events, and the value of an investment may go down. This means potential to lose money.

Investing involves risk and the potential loss of capital.

All trademarks or product names mentioned herein are the property of their respective owners. Copyright © 2022 Harbor Capital Advisors, Inc. All rights reserved.