June FOMC: How Much Is Going To Be Enough?

Why 75 now, not before, and will it happen again?

It is easy to second guess the Fed at this point. Why did they wait until now to do 75 basis points1? Why not 100 basis points at this meeting if markets are pricing a long sequence of rate hikes to year-end? The primary reason in our mind is that the Committee was hoping that the ongoing shift to services consumption combined with slowing growth would put us past the inflation peak with a tailwind from goods price disinflation. The Committee and nearly every other forecaster were wrong. Inflation is broad-based and continued strength in commodity prices will likely keep headline inflation elevated throughout the summer. While monetary policy has little control over commodity prices, the Committee cannot ignore how elevated food and gas prices threaten inflation expectations. As Powell noted in his press conference, the Committee targets core inflation but consumers experience headline inflation and that determines their expectations. 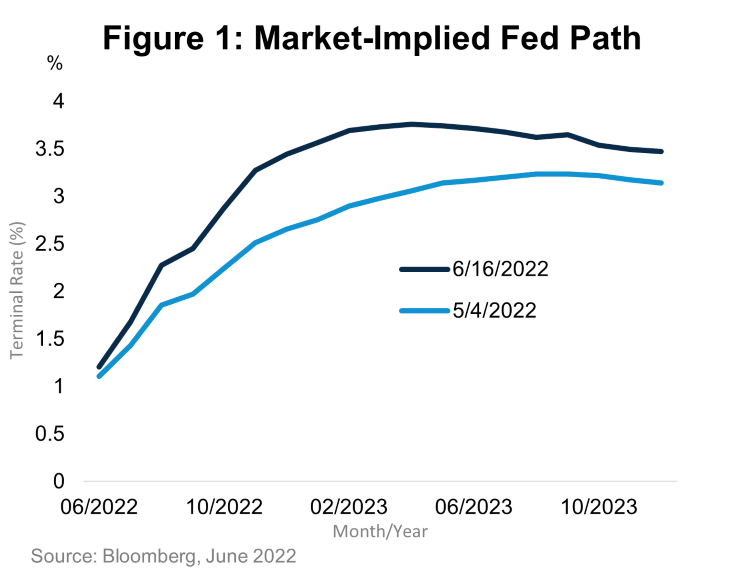 The broader point is that forward guidance is not very useful in the current environment. Powell said that “from the perspective of today, either a 50 or 75 basis point increase seems most likely at our next meeting.” We do not think the Committee is ruling out 100 basis points at the next meeting nor are they closing the door to returning to 25 basis point hikes by the end of the year. The distribution of FOMC rate hike outcomes is as large as it has been in decades, and we expect this to continue until the Committee has compelling evidence that inflation is falling.

What will it cost to tame inflation?

The Fed will focus on what it can control to dampen inflation: demand. This meeting was the first explicit acknowledgement that unemployment will increase in response to Fed tightening. The Committee dropped the statement language including the following “the Committee expects inflation to return to its 2 percent objective and the labor market to remain strong.” Furthermore, the median response in the Summary of Economic Projections showed unemployment increasing from 3.5 percent to 4.1 percent by 2024. Given historical precedence, an increase in the unemployment rate of this magnitude is likely to result in a recession. While ignoring the recession word, Powell co-signed this scenario as a good outcome given how high inflation is and the strength of the labor market.

The slowdown embedded in the FOMC’s forecasts reflects both the path forward on rates and the balance sheet, but also reflects the tightening in financial conditions seen so far. We now have some evidence that the economy is slowing. Higher mortgage rates are reducing housing market activity with housing starts, building permits, and mortgage applications all significantly falling this quarter. Retail sales data showed that consumption is starting to wane under the burden of high inflation. Similar strain is evident in increasing consumer borrowing. Combining both, consumer sentiment is at dire levels considering the strength of the labor market. Indeed, the labor market is proving resilient other than a modest increase in jobless claims. 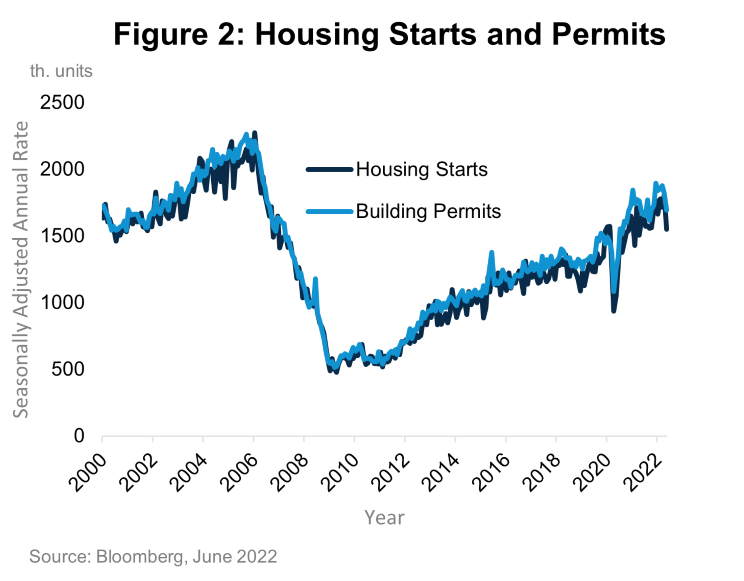 The extent of the slowdown to come will depend on the gravitational pull of inflation expectations. If expectations remain well-anchored, the requisite unemployment rate should be lower, and rates should exceed neutral by less. Market pricing and the Fed’s forecasts assume a terminal rate between 3.5-4 percent significantly above their long-term estimate of the neutral rate. These long-run forecasts are imprecise in the best of times, and the current environment warrants placing far less weight on these estimates. We think risks remain skewed to higher rather than lower short-term rates over the next year, but the amount of anticipated tightening could be significant.

The FOMC Is Not Alone

The FOMC’s central bank peers are facing similar pressure to dampen inflation and the cascade of decisions is increasing both global interest rates and risk premia. The Bank of England hiked again into deteriorating growth. The ECB had an unscheduled meeting less than a week after their last meeting to address increasing fragmentation in euro area bond markets, which was as short on words as it was on action. In a surprise, the Swiss National Bank increased interest rates by 50 basis points as commodity prices compound the effects of a deliberately weakened currency on the country’s terms of trade and inflation. Now speculation is increasing that the Bank of Japan will capitulate on aspects of their ultra-easy monetary policy in response to the depreciation of the yen and a similar negative terms of trade shock.

The shift in global central banks from subtle or sometimes overt attempts to maintain currency weakness to support inflation towards a desire to strengthen currencies to limit negative terms of trade shocks is stark. Interest rates and volatility are suffering as both rate hike expectations and uncertainty increase. Exacerbating the uncertainty on rate paths is what it means for the most likely path for central bank balance sheets and their role in suppressing global interest rates. The risk is that interest rates overshoot and exacerbate either the intended economic slowdown or inhibit market functioning. These unintended consequences increase the likelihood of a policy mistake. We will be keenly watching whether the Bank of Japan resists the global trend and retains its current policy stance or whether they abandon it and prompt a significant rate shock.

It has been a difficult year for investors and, unfortunately, we do not foresee a near-term catalyst to change that. Until we have convincing evidence that U.S. inflation is slowing, we think risk asset returns are skewed to the downside. We are focused on the outlook for corporate earnings which have remained resilient so far. However, we expect the economic slowdown to materialize in downward revisions to earnings. We continue to seek exposures to companies with sustainable cash flows and margins. Healthcare continues to be our highest conviction bet in equities. On the fixed income side, it’s more of the same. Stay up in quality and away from high yield or other riskier fixed income exposures. We prefer Agency MBS to Investment Grade credit as we anticipate that we are close to the high end for interest rates and a leveling out should support a decline in interest rate volatility.